It’s tempting to say that the coming presidential election of 2016 is the most important in American history. What gives me pause is the number of times this has been said before, including by myself. But this time, I cannot help but believe it’s true. Why?

Terrorism: A storm is gathering in the Middle East that threatens to spread throughout the world, but its perpetrators hate America above all. In a nuclear age, a single person supported by sophisticated, committed network of terrorists can kill millions at a single stroke. ISIS must be eliminated militarily before it can grow any larger. If you need convincing, read the history of Germany of National Socialism in the 30s.

Character: America is losing the unity of its national character. This began when immigrants no longer felt the necessity of being assimilated, starting with the learning of English. It’s one thing for the Hispanic population to reach 106 million by 2015, quite another if the majority of them don’t speak English. Rival languages have, and will, produce divided communities and cultures. Assimilation is not a nasty word demanding obedience, it’s the reasonable request of a nation whose character has attracted immigrants from around the world since its founding. That character must be preserved with care.

Family: When attitudes toward LGBTs becomes the moral standard by which we are all judged, something has gone terribly wrong in American culture. Here I distinguish between charitable acceptance of differences, and socially, and legally, enforced approval. Nothing is more fundamental to the well-being of human society than the health of families, created by the marriage of men and women. Of course, many marriages turn into train wrecks, and worse, but that’s no reason to give up on the norm. Just as it’s nonsense for a drunk to give up on sobriety because he can’t live up to it.

Life: America keeps killing its children at a rate of between 700,000 and a million each year, and its citizens are paying for half of those deaths through public funding of Planned Parenthood. America became the most admired country in the world following its decisive entry into both world wars and was handed the torch of freedom from a decayed, battered Europe. America took the lead in rebuilding both Europe and Japan, but at home began building a culture of death to “celebrate” its new affluence and prestige. Since 1973, the year of Roe, America has killed more children than any one of the genocides committed by Hitler, Stalin, or Mao — 57,762,169 dead.

Manners: There’s a mystery in manners, as the Catholic writer Flannery O’Connor often talked about. One aspect of this mystery is the way manners both produce and express 0ur true values — manners bear values into the ordinary, everyday world of social conduct. Today it has become accepted that millionaire film stars will use the coarsest profanity on a public, televised stage while presenting and accepting awards for excellence. They use the privilege of their celebrity to show contempt for their audience, while indulging their egos with the equivalent of teenage flatulence. I can’t imagine Cary Grant, Audrey Hepburn, Ingrid Bergman, Spencer Tracy, Henry Fonda, et al publicly shaming themselves in such a fashion. 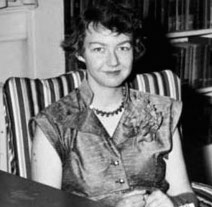 Faith: Barack Obama is the first American president to scowl and wag his finger at America’s Christian citizens. Hillary Clinton would become the second. Obama has fought, and shown disdain towards, the orthodox people of faith from his first day in office when he repealed the Mexico City Policy. Religious institutions have had to seek relief in court from the federal laws that would require them sin against their God. Religious beliefs that won’t bend to accommodate the LGBT standard of morality are being fashionably scorned, while law and policy being shaped to bring those beliefs under the enforcement power of the state. Religious liberty is no longer celebrated but looked upon as the unconscionable excuse of a bigoted minority to “embrace diversity.”

The year after the end of WWI, the Irish poet William Butler Yeats wrote “The Second Coming” (1919). In this poem he describes the fracture of Western civilization, its break with the certainties of the past, the values and vision upon which the West was built over 3000 years. The first few lines suffice to explain:

Turning and turning in the widening gyre
The falcon cannot hear the falconer;
Things fall apart; the centre cannot hold;
Mere anarchy is loosed upon the world, 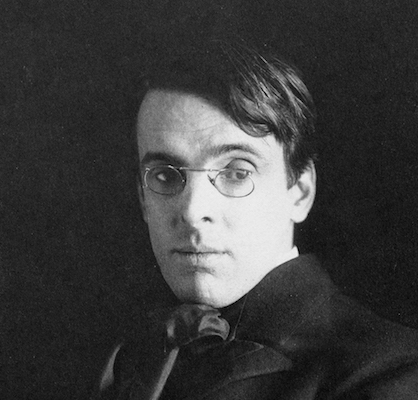 Perhaps the reader, like myself, read this poem in high school or college decades ago, and were told it reflected the confusion following the senseless slaughter in the trenches of WWI. In other words, just a period piece. Yeats’ words in “The Second Coming” have taken on a prophetic intensity as we near the 100th anniversary of its writing. Indeed, the “widening gyre” has widened to the point that all that I described above has come to pass, all of which are a consequence of a nation losing its “centre” and inviting “anarchy.”

The election of 2016 will have a direct impact on the direction of our nation, the fate of the national character, its families, the defense of innocent life, the people of faith, and our collective protection against ISIS terror. This is why I will do all I can do to ensure the message goes out to those who love America “under God” to vote against another eight years of war on the foundation of our country.

Published at The Christian Review, January 11, 2016